Among the European Fashion Houses you will hardly find a Fashion House with such Imperial credentials as the Maison IRFĒ, which was founded in 1924 in Paris by Yousoupoff the princely couple, who gave their initials to form the name of the House. 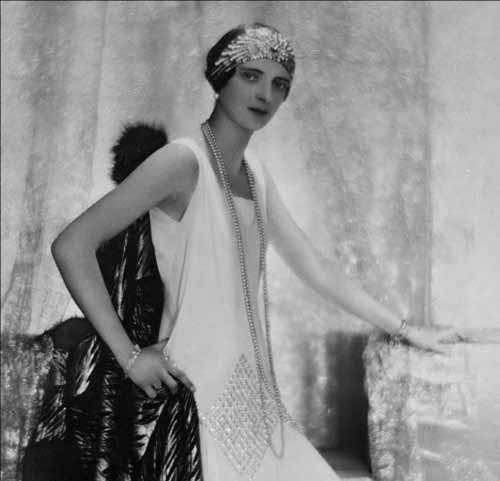 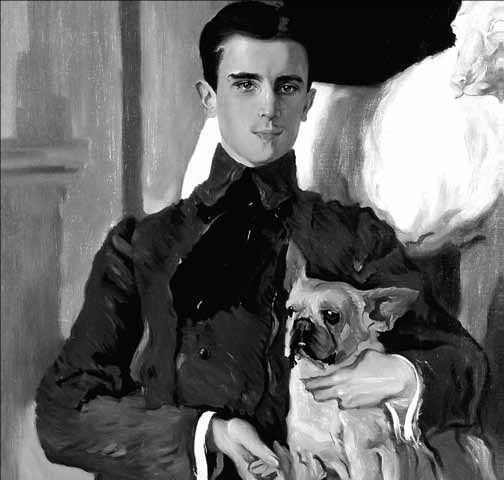 V. Serov. Portrait of Prince Felix Yousoupoff. 1903
He – Prince Felix Yousoupoff, Count Sumarokov-Elston was the descendant of an ancient tribe, one of the most handsome men of Russia. The heir of a fabulous fortune ( the Yousoupoff were deemed to be wealthier than the Tsar himself ),he was closely related to Russian and European aristocracy. 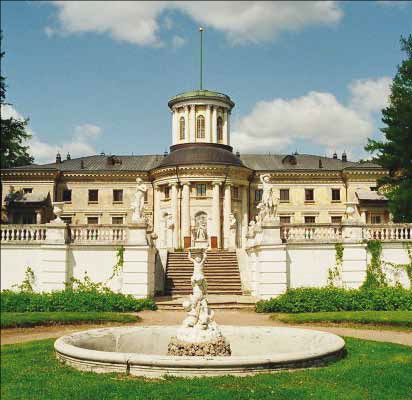 Arkhangelskoye Estate
Felix Yousoupoff grew up in one of the most respectable families in Russia and its sumptuous palaces. Therefore, he possessed an immaculate taste formed by his family history and the beauty around him . Since early childhood he had admired his mother’s beauty and her perfect outfits, her legendary huge diamonds and rare pearls. Such a rarefied atmosphere would later on be his inspiration for the interiors he designed and the exotic Oriental furnishings that were characteristic of the Maison IRFĒ.

THE LAST WEDDING OF THE EMPIRE 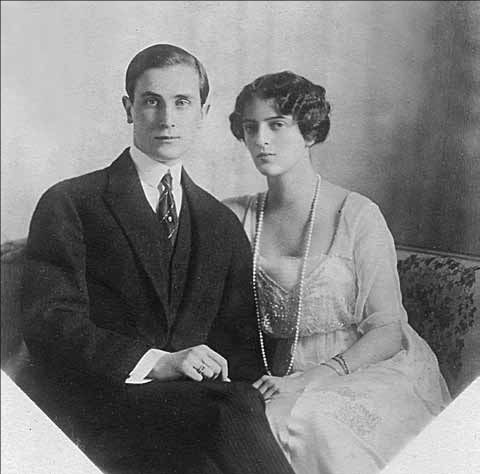 Prince and Princess Yousoupoff at their wedding. St.Petersburg, 1914.
The wedding of this legendary couple came down in history. It was the last wedding in the Emperor’s family before the beginning of the First World War, which reached the young couple during their honeymoon journey in Germany. After the Revolution the Yousoupoff’s family immigrated to Europe. In Italy ,they had a large villa on Corsica – an estate, and Paris, a city they knew well, appeared as a romantic refuge to them. They bought a house near le Parc des Princes in Boulogne-sur-Seine. There, the Prince set up a charming little theatre where the Maison IRFĒ subsequently started.

THE SUCCESS OF THE MAISON IRFE

The idea of opening their own Fashion House came to the Prince after a trip to the United States (according to rumour, in order to open the Maison IRFĒ, he had to sell the unique diamond “Polar Star” to Cartier jewellers). The inauguration of the Maison IRFĒ took place in 1924 in the Ritz hotel – Place Vendome and culminated with a spectacular ball. The appearance of the models after midnight, among them was Irina Yousoupoff, who made a lasting impression even on the blazes Parisians. Irina was famous in the French capital for her beauty . Her Aristocratic allure and flawless features attracted the most famous photographers who took countless pictures Irina wearing IRFĒ. However, she did not consider herself to be a fashion model. 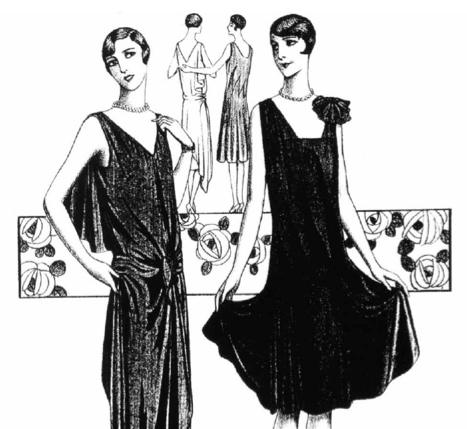 Drawings of models of Maison IRFĒ from magazines Paris Elegance and L’Art et La Mode.e.1928, Paris
Friends and relatives of the Yousoupoff: Irina’s brother, Prince Nikita Romanov with his wife Princess Maria Vorontsova-Dashkova, Mikhail and Nonna Kalashnikovs formed a team in the creation of the collection. IRFĒ models were very modern – androgynous with the hairstyle “à la garcon”. Here are the impressions of a French journalist about the models of Maison IRFĒ, 1925: “Original and refined taste, minute work and artistic vision of the colour have immediately placed this atelier among the ranks of large Fashion Houses”. 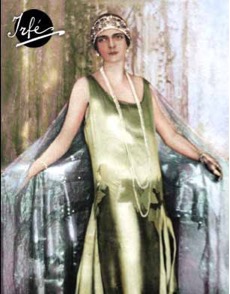 Princess Yousoupoff in a dress of the Maison IRFĒ. Paris, 1920. 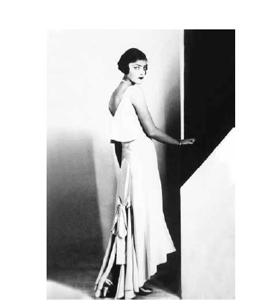 Princess Mia Obolenskaya in IRFĒ dress. Paris, 1930.
The success of the Maison IRFĒ relied heavily on its founder Irina Romanova. She was famous for her beauty in Paris of the 1920’s. The models – beautiful princesses and countesses, were able to talk about the outfits in several languages, and contributed to the success of the House. Soon IRFĒ opened three new branches in Normandy, London and Berlin. The success of the House allowed Yousoupoff to develop new lines of activities. They opened the store of Yousoupoff’s porcelain and the Prince himself took part in the decoration of three Parisian restaurants. 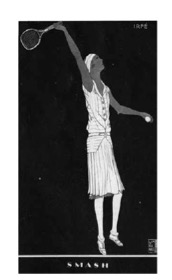 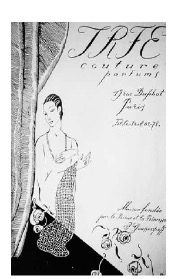 Advertisement of Maison IRFĒ from the Vogue.1926
French Vogue about IRFĒ collection of 1929: “The collection that you see is a selection at the same time, since it has no unsuccessful models”. The magazine has presented a “Bat-dress” with original cut and “The Water Lilies” dress. Sports models deserve special attention.

THEIR HIGHNESSES IN FRENCH PERFUMERY 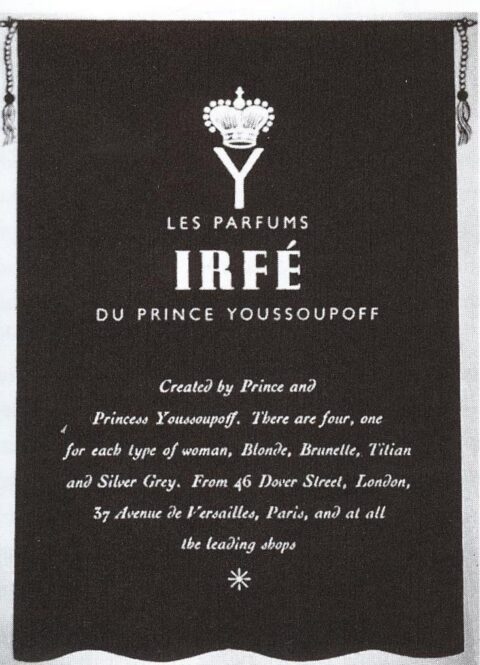 In 1926, IRFE launched its own signature fragrance. The range of IRFE perfumes, was produced in limited editions and aimed four categories of women: Blonde – for blondes, Brunette – for brunettes, Titiane – for brown-haired and finally the noble Grey Silver – for women of an “elegant age”. IRFE was the first house to individually target women in such a unique way. Silver Gray was specifically dedicated them to Empress Maria Fyodorovna. 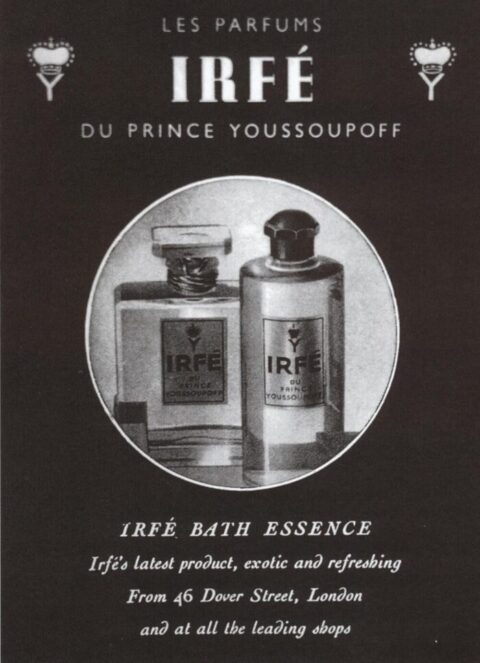 Felix and Irina were the co-authors of the fragrances. Fragrances were produced at Molinard in Grasse. All four versions of the fragrance had a sharp, spicy Eastern quality. The design and advertising poster featuring a rectangular bottle with a faceted black cap was created by Princess Margaret of Greece.
Previous
Next
Advertisement for Maison IRFE perfume from the 1920s. Vogue magazine.
IRFĒ rapidly conquered chic European and American customers who were dazzled by its aristocratic founders. The family business expanded and prospered. Maison IRFĒ launched their flagship store at 19, Rue Duphot in Paris and then flourished with a further three branches in Normandy, London and Berlin. Maison IRFĒ closed in 1931. Only the production of perfume with its legendary fragrances continued until the 1940s.
After almost eighty years of sleep, Maison IRFĒ reopened again by new owner Olga Sorokina at Rue du Faubourg Saint-Honoré in Paris in 2008. In 2016, the headquarters and design studio of the Maison IRFE moved to New York.
Shopping cart
close

Create an Account
Start typing to see products you are looking for.